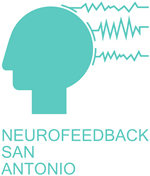 Neurofeedback has been the heart of our practice for many years, and still is. However, neurofeedback is one element of what we do. To better represent the richness of our approach, we’ve expanded Neurofeedback San Antonio into the Well Mind Center.  It’s not just a new name. We’ve reached a milestone in our practice and want a more encompassing name to represent that development. Each of us have grown as clinicians, with more mastery and broader skill sets.

We are certified in neurofeedback by BCIA, the internationally recognized certifying organization. Each team member completed Dr. Jones’ courses of training as part of their Master degree in Counseling from UTSA–a program which is the only BCIA accredited public university neurofeedback training program in the country.

Dr. Jones’ reputation for thoroughness, integrity and superior analysis stems largely from his skills in reading EEGs and psychophysiological data. Every EEG recording is visually inspected for markers that may not be apparent with computerized analysis online. Occasionally,  abnormalities are found that warrant referral to a neurologist or other medical professionals. Dr. Jones’ years of experience as a university-based educator and researcher give him an edge on identifying distinct markers that relate to various symptoms. In addition, our QEEG process is extensive. We use no automated report generators due to the potential for error. Each assessment is processed with at least two databases, giving better results in developing treatment protocols. Independent Component Analysis and LORETA 3-dimensional localization is done for improved identification of significant brain patterns.

The EEG measures the tiny electrical traces of the neurons of the cortex of the brain. An amplifier is used to boost these signals so that they can be feed into a computer system. Certain brainwave frequencies are associated with distinct mental states. For example, concentration produces an increase in brainwave activity in the frontal lobes in a fast frequency range known as “beta.” Persons with ADHD, conversely, tend to have a higher than normal level of slow wave activity instead, such as delta or theta.

2. Feeback based on computerized protocol

Operant conditioning is a process of increasing desired behaviors by rewarding their occurence. In EEG biofeedback, or neurofeedback, the desired behavior is an increase in certain types of brainwave activity. This activity is measured measured via the EEG and fed into a computer program where the therapist can determine what types of activity should be rewarded. The reward is then presented in the form of a computer game. When the person produces the desired brainwave activity, the game proceeds accordingly.

After a number of training sessions, the new brainwave behavior is well established. Progress is recorded with learning curve graphs, symptom checklists–and at times–with a follow up QEEG.

State of the Art Technology 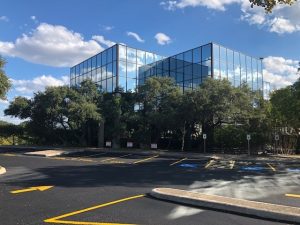